A static analysis tool can help you identify API security vulnerabilities. It works by looking at the source code to find patterns that can be exploited. It is important to note that these tools are language-dependent, so you must use the appropriate language for your API. For example, if your API is built using Java, you may want to use the Java API security testing tool instead of the C# one.

APIs represent a major attack surface and should be tested with the same security standards that you use for applications. While static analysis is effective in some cases, it is not sufficient to ensure that your API is secure. An API security testing guide will help you identify and address the most common security vulnerabilities and ensure that your API is reliable.

APIs are a critical part of business transformation and corporate growth strategies, yet they also present significant security risk. Without proper controls, APIs are open to targeted attacks, and a breach could result in fines, reputation damage, and lost revenue. As a result, API security should be a top priority for every organisation. However, current tools are insufficient and often fail to address vulnerabilities before production.

The authentication process is a critical part of API security. Without it, APIs are vulnerable to Denial of Service attacks and other types of security vulnerabilities. Moreover, an improperly implemented authentication process can lead to a complex authorization policy that allows an attacker to gain access to other users’ resources or administrative functions.

If you’re preparing to start API security testing, there are some important tips to keep in mind. You’ll want to create a thorough test case, test the authorization and private resource access mechanisms, and understand the backend architecture. Security testing requires testing input beyond limits and past defined constraints, and watching for error responses. But it doesn’t end there! You’ll also want to ensure that your API is as secure as possible.

The first step is to determine the API’s inputs and outputs. This can be accomplished by sending API requests and analyzing the response. You can use a tool called Postman to send HTTP requests to an API to see what kinds of data it can handle. This will allow you to determine which types of inputs and outputs might pose vulnerabilities. Also, read the API documentation for any known vulnerabilities or attack surfaces. 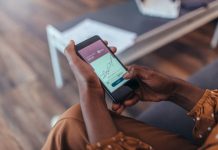 How Your Cell Phone Can Help Your Finances

Why Mobile App Consulting Service Is Getting More Popular

APP SECURITY FOR IN APP PROTECTION

Will Roku Work Without A Cable TV Connection In The USA?

The Important of FB Marketing for Small Business