The Android 13 OS has already been revealed in its beta version, but there’s still so much more to come! Read on to find out more about Battery-saving measures, navigation buttons, and much more! We’ll also take a look at new colors and how they will be displayed. And, of course, we’ll take a look at the new Audio output picker. Until then, here are some of the things you should be aware of.

The Android 13 Developer Preview 2 adds some new color styles to the system. In addition to the default TONAL_SPOT, there are VIBRANT, EXPRESSIVE, and SPRITZ choices. Each choice produces a slightly different palette. While there are hints of blue, green, and yellow in the first two choices, they don’t quite live up to the hype. The other two choices, RAINBOW and FRUIT SALAD, are still a mystery.

The Android 13 Beta 1 also comes with new color schemes. Google has planned four new color combinations for the dynamic theme system, which is still in the process of development. Each of these new color schemes has slightly different palettes and looks, but still complements the wallpaper. The SPRITZ monochromatic theme is a new color option. While Android has always had plenty of color options, Google has made the new system a little more customizable.

Material You is an all-new design language introduced with Android 12. It also introduced a color theming engine, which picked up colors from the background wallpaper to make the whole system appear in sync. The new Android version promises to improve upon this system’s color theming engine and offer new schemes. These are named VIBRANT, SPRITZ, and TONAL_SPOT. All of these colors have their own unique name and can be applied to a device’s various settings.

Developer previews of the new Android 13 OS have been released. These versions have included several useful features, but won’t be a major overhaul of the system. However, it’s still possible to see some of the new features in a future release. The new Android release is expected to reach devices in the autumn or September. However, we’re yet to see what the final release looks like, so we’ll have to wait and see how it plays out.

If you’ve been worried that the battery life on your Android device is getting too low, you may want to upgrade to Android 13. The new version of the operating system will include multiple battery-saving measures. For one thing, you can get alerts if your apps are consuming a lot of battery. Some people forget to uninstall their apps, and they continue to use them in the background, eating up battery life.

With the new operating system, battery usage is being analyzed. The new system will balance app usage and battery life with the use of apps. It’s a good idea to minimize background activities and use less data. The battery-saving measures in Android 13 will help users conserve battery life by limiting the usage of background apps. The new system will do this by using existing Android services and APIs to award credits to apps that use battery-intensive resources.

The new operating system also allows users to choose which apps run in the background. Users will get a notification when an app uses up a lot of battery. It’s important to note that apps running in the background can drain the battery more quickly than those that run in the foreground. So, if you’re worried about battery life, it’s worth checking into this feature. It will help you avoid unnecessary battery usage, which will improve the battery life of your Android device.

The Android operating system also aims to eliminate phantom processes that use up battery. By default, Android allows apps to run up to 32 child processes, but this number is limited to 32. When a phantom process is running in the background, this tool will kill it. To avoid these problems, you should check the developer options menu in your phone’s settings. If you want to turn off phantom process monitoring, tap on the “phantom” icon in the developer menu.

Navigation buttons on the Android 13 preview may look like their ‘older’ cousins. With the revamped navigation bar, Google has finally brought back some of the old icons, such as the 3-icon navigation. The circle that surrounds the Home button is a nod to the past, but the other two icons remain the same. If Google wants to stay competitive, it should add more navigable icons to its platform.

While Google relies on gestures to navigate in the latest Android versions, a few changes to navigation buttons can help users regain the ability to use them. In the Android 13 update, Google has also added an option to turn off the Google Assistant, which can be triggered accidentally by pressing the home button. However, users can disable this feature by switching to two or three-button navigation. This option is especially helpful for people who use the navigation bar as their primary method of getting around.

The traditional navigation method of Android devices includes buttons at the bottom of the screen, along the side, and on the side. The user can choose the button they prefer by pressing the home or back button and confirming the selection. Note that this process may vary for different versions of Android. Ultimately, the navigation buttons on the Android 13 update may be the best option for you. It may be tempting to stay with the traditional navigation method, but the change will ultimately make your life much easier.

Android 13 will also bring some useful changes and improvements. While it won’t be a dramatic overhaul of the design or functionality of Android devices, the update is expected to introduce some useful new features that will improve the overall experience on your device. So, stay tuned to the update to see how it looks. It will likely be one of the best Android releases yet, and hopefully, you’ll like the changes. There’s no need to get upset just yet – the navigation buttons on the Android 13 are the perfect way to tweak your navigation experience.

If you’ve been looking for a way to switch the audio output of your Android device, you may be excited to learn that Android 13 will finally ship with a redesigned Audio output picker. This new feature was first reported by xda-developers, and has already been read over 37 times. Android 13 is expected to include media tranfer and QR code scanning functionality, among other UI changes. In the meantime, you can check out what new features the new OS will bring.

For audio output, Android 13 will bring new features such as Bluetooth LE audio. This next-generation wireless audio technology replaces the Bluetooth classic codec and is designed to offer better quality audio with low power requirements. It will also support Isochronous channels and multi-stream audio, allowing for a more natural experience when using earbuds. The new feature will allow users to seamlessly switch between different audio use cases without sacrificing battery life.

A new MIDI 2.0 feature will also make its way into Android 13. This feature allows for the connection of MIDI 2.0 devices via USB. Other new features will include improved resolution for controllers, improved non-Western intonation support, and per-note controllers. While Android 13 wasn’t mentioned explicitly in the developer preview 2 announcement, it was discovered by developers who noted changes in the Audio output picker.

Despite all the new features and improvements in Android 13, the upcoming major release won’t bring a massive overhaul to the overall experience. Instead, it will offer a few useful updates and feature additions that users will likely find useful. Keep an eye out for these updates and don’t forget to subscribe to the tech-savvy channel on TechRepublic. It’s sure to change your phone’s audio output picker! Just remember: you’re not the only one who has to deal with this.

One of the main differences between Android 12 and Android 13 is the volume slider. The new volume slider encapsulates the full device name and is much larger. The device name is now grayed out if it’s not connected. The new audio output picker on Android 13 has a checkmark next to the device’s name. Although these changes are minor, it’s worth checking out the beta to make sure it’s the best way to choose a device. 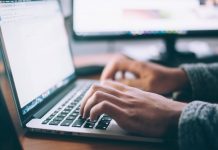 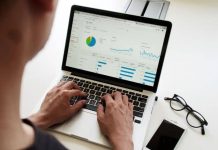 What Will Be Next In The World Of Data Analytics? 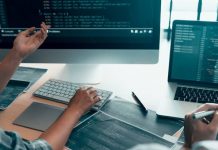 How to Select a Little Rolling Backpack for Childs?