What are technology companies?

First of all, let’s see what exactly are technology companies and which ones can be considered ICT companies. Technology companies are those that primarily produce hardware, the Internet, telecommunications equipment, software, semiconductors, e-commerce, and computer services. Information and communication technologies (ICT) have become a major industry, both in our country and worldwide, led in many cases by telephone companies.

What are the most important technology companies in the world?

Forbes magazine develops an annual ranking of the most important technology companies in the world. In the 2018 list, we see a predominant presence of companies located in the United States, followed by those from Asia. Let’s look at the top 10:

The well-known Apple hardly needs an introduction, since who doesn’t know the most famous apple in the world? Its headquarters are in the spectacular Apple Park, in Cupertino California, and its European headquarters are in Ireland. With hardware products as popular as the Iphone, the Ipad or the Apple Watch, Apple has earned this first place. In addition to the number 1 technology company,   it is also the eighth globally. When buying a mobile phone, many doubt between iPhone and Samsung, and if Apple is at number 1, Samsung follows closely in second place. Headquartered in South Korea, this multinational conglomerate was founded in 1969 and has no less than 93,200 employees worldwide. Its businesses range from consumer electronics, technology to finance and insurance.

Another company that hardly needs an introduction is Microsoft, one of the most famous multinational technology companies in the world. Founded in 1975 by Paul Allen and Bill Gates, today it develops, manufactures, licenses, and supports software for computers, servers, electronic devices, and services. In addition to one of the most used operating systems, they have also developed the Xbox console.

Although the name Alphabet does not sound familiar to you, if we tell you that its main subsidiary is none other than Google, you will possibly understand how it has earned this fourth place among the most important technology companies in the world . Its headquarters are located in Mountain View California and it was founded in 2015. What does it do? Well, to develop products and services related to the Internet, software, electronic devices and other technologies.

Intel, founded in 1968 and headquartered in Santa Clara, California, is the world’s largest manufacturer of integrated circuits. In most personal computers we can find processors created precisely by this company, created by Robert Noyce and Gordon Moore. A curious fact is that the name Intel was registered by a hotel chain, so to use that name they had to buy the rights to it.

We continue in the United States, but this time we move to New York, where we find the headquarters of International Business Machines Corporation or, as most of us know it, IBM. In addition to manufacturing and marketing hardware and software for computers, it also offers infrastructure services, Internet hosting and consulting in areas related to computing and technology. Founded in 1911, IBM is the result of the merger of four companies.

If there were too many words to describe Apple, the same goes for Facebook. Impressive as it is, no one is surprised that in just 15 years it has earned a place among  the  top 10 tech companies in the world. Despite having started as a social network, today its products include Facebook, Instagram, Messenger, WhatsApp and Oculus, not bad considering that they are one of the applications that we use the most to communicate today!

One of the lesser known companies that we can find in the Forbes ranking is Tencent Holdings, a Chinese company. It was founded in 1999 and offers services such as social networks, website portals, e-commerce, video game development and distribution, and instant messaging services, including WeChat, an application used in that country to do basically everything, from paying in stores to Talk with your friends.

In ninth place, an Asian company repeats, in this case from Taiwan. Founded in 1974, the company is dedicated to the manufacture, assembly and sale of computer and electronic equipment, such as the Iphone, Ipad, Kindle, Playstation, Xbox and GoPro cameras. The reason why you may never have heard of it is because it is better known as Foxconn, a name that may ring a bell for all the controversies it has been involved in, most of it over the treatment of employees in China.

Tenth on the list goes to Oracle, a technology company based in Redwood City, California. Founded in 1977, Oracle offers business software and computing hardware services, as well as specializing in the development of cloud and on-premises solutions. Perhaps less well known than Apple for the general public, the truth is that Oracle is found in practically all the offices of Fortune 100 companies and is present in many of the world’s industries. 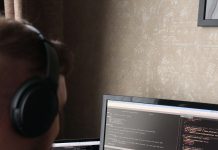 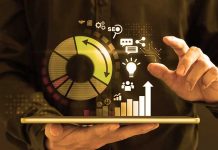 How to Track a Cell Phone By Satellite