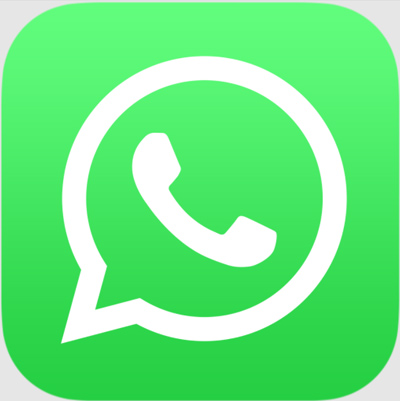 Video call applications are being the best ally to keep in touch with family and friends during these days of confinement due to Covid-19.

According to the latest data published by Sensor Tower and App Annie, during the week of March 14 to 21, after the state of alarm decree in Spain, video call applications have been the most downloaded on platforms such as the Google Play Store and the Apple Store since, like the mobile games that we recommended in our previous article, they help us to distract ourselves and stay in touch.

These applications are also used professionally and are a key tool in telecommuting.

To make you enjoy those moments to the fullest, in this article we will tell you which are the best valued applications to make video calls and which of them consume less data .

WhatsApp is the instant messaging application par excellence. It is a very complete application that allows you to send messages, voice calls and also has the option of video calling . This application is available for both IOS and Android, it is also available on a desktop computer, but it does not include the video call function.

To make a video call with WhatsApp , we only have to install the application, provide our phone number, start a conversation with the contact we want to call and click on the video call icon in the upper right corner.

The WhatsApp video call is completely free , like the rest of its functions. In addition, it allows video calls of up to 8 people .

The data consumption for 10 minutes of video call is approximately 73.5 Mb, which is 0.44 GB in one hour.

Google Duo is a Google application that allows you to make video calls with up to 32 people at the same time. An associated phone number is required to use it and it is available on Android and IOS.

It has a particular function called “Knock – Knock” that allows you to see the person who is calling you before answering the video call. Function that can be deactivated by the other person.

As far as data consumption is concerned, Google Duo surpasses the previous one, reaching an expense of 271 Mb after 10 minutes of video call, which means 1.63 Gb every hour.

This application has more than 1,000 million downloads and a rating of 4.5 in which users highlight the quality of the image it offers.

Another of the best-known applications to make video calls at a national level is Skype . This application is available for Android, IOS and in desktop version. It’s also easy to use, just download and sign up via email or using a mobile phone.

Skype allows a maximum of 50 people to share a video call for free, and can also share files, screens and much more from the application itself.

The data consumption of this application, during 10 minutes, is the lowest of all the ones we have analysed: 72.2 MB in 10 minutes, which results in a cost of 0.43 Mb in 1 hour.

JusTalk is one of the lesser-known applications, but one that has the best opinions from its users, both in the App Store and in the Play Store, where it has more than 10 million downloads.

Registration is easy: you only need to enter an ID and a password. It offers the possibility to link it with Gmail or with Facebook to recover the account, but it is optional.

This video call application allows you to import contacts from both your mobile phone and Facebook. It allows the creation of groups and meetings, as well as their programming. Group calls can be up to 50 people . It offers the possibility of sharing screen, images and audios.

JusTalk is available for both Android and iOS devices and has a PC app development option.

Hangouts is also a Google app. The difference with respect to Google Duo is that it is not necessary to have a phone number to register. In addition to the video call function, it also allows chat and call like Skype. To make classic Hangouts video calls, you must use Google Meet.

With Hangouts you can share screen and sound between different devices. It is available for both Android and IOS and can also be used on desktops and laptops.

Hangouts video calls allow a total of 150 people to share the meeting. To create a video conference, you must sign in to a Google Workspace account

As for the data consumption of this video call application, it is 517 Mb at 10 minutes, which is about 3.1 Gb per hour.

FaceTime is an application that is only available for iOS devices , it is used to make video calls between users of Apple devices.

To be able to use this application it is necessary to have a device with the operating system iOS 12.1.4 and later versions, or iPadOS. Registration is done using the Apple ID.

An outstanding feature of Facetime is that the calls are encrypted from end to end, which makes it one of the most secure video call applications .

It is also worth mentioning the low data consumption, since, for 10 minutes of conversation, it consumes 31.6 Mb, which means 0.19 Gb for an hour of conversation.

Comparison of data consumption in video calls of the different applications

Making a comparison of the different video call applications and focusing on which app consumes less data, without a doubt for Apple users it would be FaceTime, since with 1GB of consumption you can have a conversation of approximately 316 minutes.

For Android users, there are three fairly equal alternatives in terms of video call data consumption, which are: WhatsApp with which we can make a 136-minute video call consuming 1 GB, Skype with 133 minutes and, a little further , JustTalk , with 113 minutes.

Taking into account other important aspects such as the number of users that can be connected simultaneously in a video call, for Apple users, again FaceTime would be the best application, for Android users, the best option would be Skype, since you can talk with up to 50 people at a time.

Here is a comparative table of the video call apps analyzed, ordered from least to greatest data consumption : 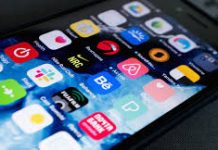 How to update apps on an Android mobile: all methods 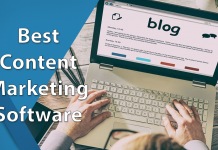 What is the Best Free Building Design Software?

How to Become a Photographer With No Experience

How to Build a PC Step by Step