Prior to comparing Flutter & Swift, we need to focus on some important points. This post is associated with Flutter(cross-platform app development framework) and Swift (traditional app development language) used to develop iOS applications. The developers’ community usually talks and favors one over the other whether it is native or cross mobile app development. Both Flutter and Swift have their opportunities and obstacles. However, the selection completely depends on the business needs of an enterprise. Now, businesses are open to select either Flutter app development tools or any other software tools for iOS app development.

These days, a lot of mobile app development organizations have started to use cross-platform frameworks. They are doing so as it allows them to design smart applications. Especially startups having budget constraints find it suitable to go with hybrid platforms. Since Flutter app development tools are in trend for designing cross-platform apps, businesses prefer to use them.

What are the pros of Native and platform-independent app development?

Both cross-platform and traditional(native) app development has their own benefits. Here, we list a few of them. These are as follows:

Flutter is the free open-source SDK started by Google. It uses the same code for building iOS & Android mobile applications. For developing apps(iOS or Android), Flutter makes use of the Dart programming language. It has a great documentation feature. The framework also provides great support to native features.

It became more interesting to go for native mobile application development for iOS with Swift. This is a programming language used for iOS, watchOS, macOS, Linux, etc. A language like Swift is technologically advanced and is still in the improvement phase. It keeps on adding new features. To design an app using native tools, we need to use development frameworks and tools facilitated through Apple. Apple has a better documentation feature to assist in the native iOS development.

Since we are done with the introduction of Flutter and Swift, we will have a comparative discussion over Swift and Flutter:

To develop iOS applications, Swift is undoubtedly the best option. Its overall performance is satisfying but it takes more time to show changes in coding. However, developers claim Swift as the reliable choice for a faster app building.

On the other hand, Flutter is integrated with an enormous number of libraries, widgets, navigation & testing tools. All these things help in empowering the coding speed. That’s why Flutter app development companies don’t need to put the effort into smoothing UI elements. The “Hot Reload” attribute of Flutter reflects instantaneous modifications in code. So, changes can be seen quickly. Besides this, an app written in Dart(Flutter’s programming language) needs less coding than Swift.

As Swift is the native programming language to design iOS apps, no problems will arise while applying the native interface functionalities. Also, the UX will be of iOS-type. But the limitation is that you will have to start from scratch. To design the UI of an app, you need to begin everything from the basics.

While using Flutter, you already get multiple ready-made UI elements. Amongst its UI components, Cupertino and Material widgets are popular ones. Normally, support from Swift will not be required. If considering things from the users’ perspective, the UI created using the Flutter app development tools would be like native Swift.

Even Flutter has managed to maintain a high performance. This cross-platform app development framework is integrated with AOT. It allows instant communication with the device. Besides this, its programming language Dart does the garbage collection using DartVM. Unless you aren’t really specific regarding using the framework for the iOS platform, Flutter is undeniably a superior option. So, businesses that want to flourish must hire the best Flutter app developers for smart app solutions.

Both Swift and Flutter are new technologies but they didn’t create any stability issues. Developers are using them effectively to complete the app development process. Apparently, Swift should be more stable than Flutter on iOS platforms. But that would be only possible if you hire an experienced Swift developer who can make the most of Apple’s solutions.

Swift has strong community support. It has almost eight hundred thirty contributors on GitHub. Other than that, on Stack Overflow, almost 2,84, 000 questionsare tagged with ‘Swift’.

The Flutter framework is not less than Swift. It has seven hundred seventy contributors on GitHub. On Stack Overflow, the number of questions related to Flutter is almost seventy thousand. The community of Flutter has congregated over Google Groups. Flutter developers have even shown involvement in the Slack community. Since Flutter is an open-source free solution, it has an ideal community outreach. These types of milestones have enhanced the demand for hiring top Flutter app development companies from India.

Whether it is Swift or Flutter, both of them are available with exceptional documentation features. For Swift programming language, you can go with Swift.org and Apple developer documentation. For Flutter, you can visit Flutter. dev. and get an opportunity to read well-written documentation.

You will not be overcharged whether you use Swift or Flutter. These are free open source platforms. For developing iOS apps, experienced developers charge standard rates. If you only want to design an app for the iOS version, it doesn’t make a huge difference. However, Flutter creates an app that supports all platforms simultaneously. So, hiring the best Flutter app developers for your next project is beneficial for you.

Flutter and Swift are young but their maturity level is at par. Before Swift, Apple was using Objective-C. The brand is still doing lots of improvements to provide something exclusive and standard to the end-users.

Google has even amalgamated a few years of experience, before introducing Flutter.

This is a fact that Swift is a great native framework but Flutter is nothing different. It offers an endless number of benefits. Among them, its ability to develop apps for all platforms using the same code is amazing. Apart from that, this framework provides app solutions at cost-effective rates with strong community support.

Undoubtedly, Swift is an absolute choice for native apps but Flutter is equally competent. That time is not far away when it will have dominance over Swift in the iOS application building.

Josphine is a co-founder at MobileCoderz( a progressive Flutter app development company). His deep technological industry knowledge has taken his organization to reach new heights. Being an expert, he focuses on creating new possibilities to expand his business. Delivering unique app solutions to clients is the eventual goal of his firm. 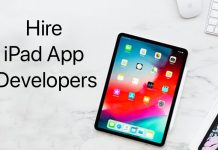 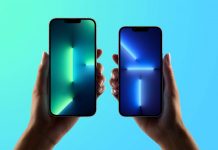 Do you need to invest in SEO positioning for your brand?

How to Write a Visual Analysis Essay?

3 Ways When IoT Is Applied To Marketing

What Is Digital Marketing & How Can It Help