Smartphones have become one of the main targets of hackers and cybercriminals. Malware like Xhelper on Android or the most recent Pegasus attack have wreaked havoc among users of these devices. For this reason, in this article we tell you what the most frequent mobile cyber threats are and how you can protect yourself from them.

What types of threats are the most common on mobile phones?

With the advancement of time and new technologies, cybercriminals find new and more sophisticated ways to attack users’ computers and devices. The development of mobile telephony and the use of smartphones has caused a new scenario in which hackers have billions of potential targets to carry out their attacks.

Attacks on mobile phones have increased exponentially in recent years, and according to data collected by the cybersecurity consultancy ProofPoint, there are around 100,000 attacks on this type of device every day.

Although the ways of proceeding of cybercriminals who attack mobile devices may be, to a certain extent, similar to attacks on computers and IT equipment, the particularities of mobile phones have led hackers to develop new strategies and techniques, adapted to deceive and defraud users of this type of device. Let’s see what some of the most used are.

The most used mobile malware

Mobile cyber threats are becoming more extensive and varied. In many cases, these threats coincide with those faced by computer users. Thus, it is common to see different types of malware on mobile phones such as:

In addition to these risks, there are many others that you should be aware of. Let’s see what are other of the main dangers for mobile security .

There is a large number of malicious apps focused on exploiting vulnerabilities in mobile devices . These types of applications are camouflaged under the guise of a real app, but in reality they can hide malware such as Trojans, keyloggers, adware and more. Once a malicious app is downloaded, the user is vulnerable to different types of risks, such as bank account theft, personal data leaks, and much more.

Banking Trojans are another of the most frequent attacks on mobile devices . This type of malware is focused on stealing credentials to carry out bank fraud. Cybercriminals use this type of malware, often combined with keyloggers, to steal users’ credentials and break into their bank accounts. As you can imagine, these types of banking Trojans give cybercriminals access to wreak real havoc on their victims. In addition, no banking entity is completely safe from this type of malware, and some are even designed to attack certain entities, as is the case with ‘Revive’, which mainly affects BBVA customers.

Adware is one of the top mobile cybersecurity risks today. This type of malicious program constantly displays unwanted advertisements on the screen. At first, this can be just annoying, as they flood the screen with advertisements and make it extremely difficult to view the content. However, there are even more dangerous aspects, since in some cases when clicking on an ad, even inadvertently, a malicious app or program is downloaded to the mobile. Over time, this can lead to the phone being infected with a large number of viruses and Trojans, posing a security risk.

Fraudulent SMS are also related to the theft of bank accounts and credentials. In recent times we have witnessed a large increase in news related to the existence of fraudulent messages that urge the user to enter a URL to correct a debt, a non-payment or some incorrect movement in their account. Cybercriminals often impersonate well-known banking entities or even public administrations such as the Tax Agency. This type of mobile cyber threat can also occur through other services, such as instant messaging apps like WhatsApp or email.

Tips to improve the cybersecurity of your mobile

To tell the truth, attacks on mobile phones are going to continue to occur, and their frequency and intensity will probably even increase in the future. Although it is impossible to avoid mobile cyber threats, what can be done is to follow certain guidelines and behaviors to increase the security of mobile phones:

In short, mobile threats are here to stay, which is why it is increasingly important that users of these devices become aware of the importance of protecting our phones 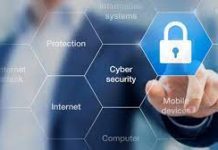 Threats to corporate cybersecurity in 2022

How To Create A Virtual Collaborative Workspace With ONLYOFFICE